Fabricator of the Year

The 2022 Stone World Fabricator of the Year Is … 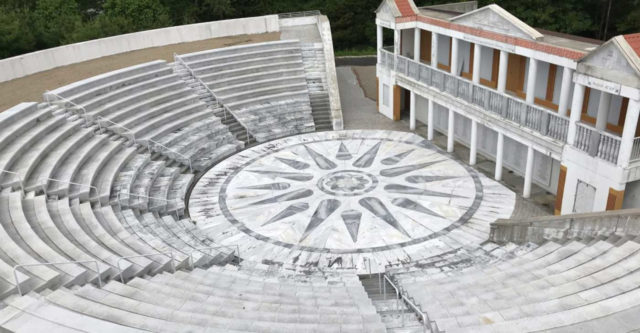 Fabricator of the Year

The 2022 Stone World Fabricator of the Year Is …

Since 1988, Stone World has recognized a deserving stone industry member as its Fabricator of the Year. It has become a time-honored tradition distinguished by an award presentation during StonExpo. The professional is nominated by industry members and the award goes to someone who has shown dedication to growing their own business, as well as a willingness to pioneer the use and sharing of new technology with the industry and developing educational programs for the training of stoneworkers in industry methods. The voting page was open on Stone World’s website throughout the month of December – allowing members of the stone industry to cast their vote for their favorite nominee. Measures were taken to ensure each voter could only cast one ballot. The Stone World 2022 Fabricator of the Year is Don and Angela Conte of Structural Stone LLC in North Kingstown, RI. 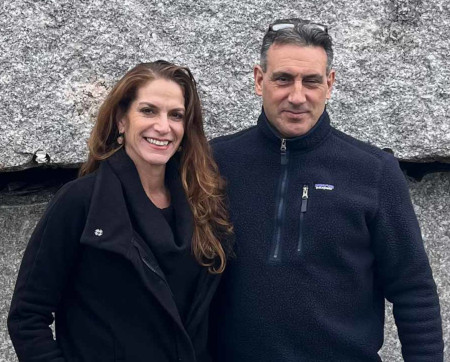 According to their nominator, the reasons for nomination include:

Don and Angela Conte started Structural Stone LLC over 13 years ago and now they are one of the largest fabricators in North America. They are a humble, extremely skilled and a highly committed team. They are committed to natural stone, architects, masonry contractors, as well as their employees. They have built something truly amazing – growing Structural Stone LLC.

When asked what she likes most about working in the stone industry, Angela replied, "Frankly, everything. With different backgrounds and all the facets the stone business offers, our skills complement one another and the industry suits us well. Don is drawn to the rugged attributes of the business, such as heavy equipment and manufacturing, while I focus more on management and marketing. In terms of what we enjoy most, visiting quarries is right up there since it introduces us to beautiful places and unique people that we wouldn’t have otherwise." 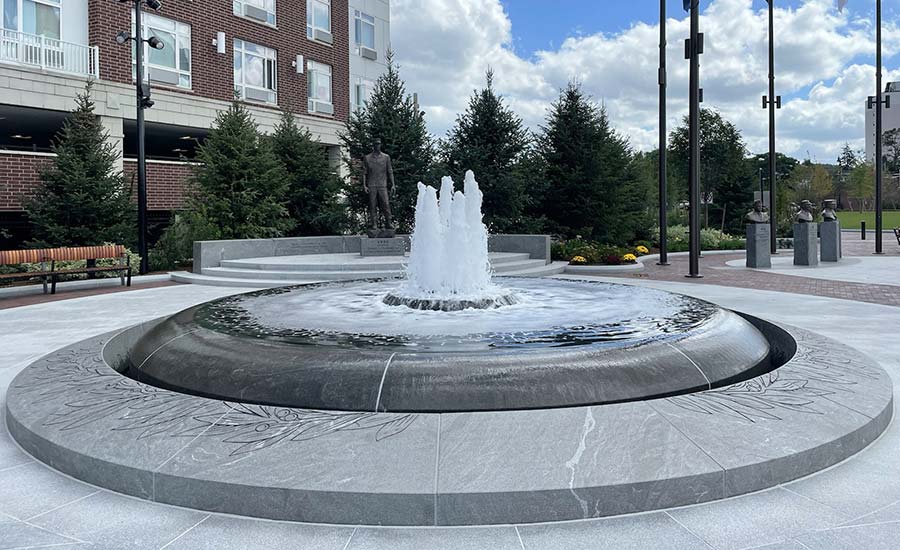 Angela explained she and Don have been working alongside many of their team members for decades and prior to Structural Stone’s existence. "I’ve known several of our tradesmen since I was born, and now our boys are learning from them," she said. "So, I dare say, that this business means more to us than simply making a living."

Two projects stand out to Angela, while Don believes the most memorable experiences are yet to come. "The Boston University (BU) Marsh Plaza Renovation and National WWII Memorial Project Dedications were important to me since I attended BU and because the WWII Memorial is inherently meaningful in addition to the projects size and complexity," said Angela. "Being a part of a project from the first sales call to the dedication with my family and colleagues in attendance is gratifying, and in the case of the WWII Memorial with Veterans there, was priceless.

Structural Stone is a full-service stone fabricator working out of an 80,000-square-foot facility, which sits on 8½ acres strategically located in an industrial park with immediate land, sea and rail access. With a staff of more than 50, the company runs a state-of-the-art facility that houses a full lineup of equipment, including an 11-foot splitter, multi-axis CNC wire saws, CNC table saws, bridge saws, multi-wire saws and a state-of-the-art polishing line. 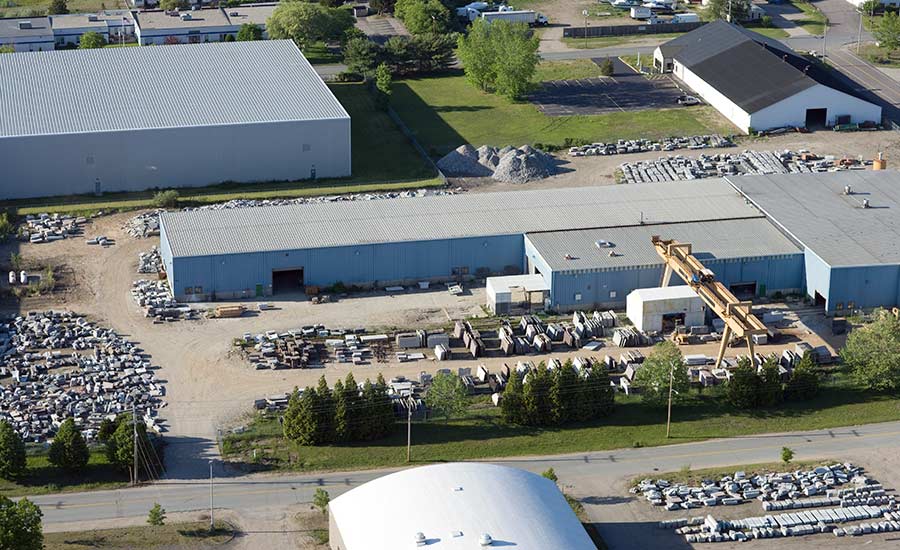 "It’s taken a lot of work and sacrifice to get where Structural Stone is today and it surely hasn’t been easy, but we can’t think of anything else we would rather do," said Angela. "Structural Stone is the center of our lives, and we are grateful that our work and ethic has been acknowledged by our peers.

"We are honored to be this year’s recipient of the Stone World Fabricator of the Year Award," Angela went on to say. "It’s gratifying that our work be recognized because we’re sure that the other nominees are also deserving of this award. We would like to thank our dedicated team, colleagues and Stone World for their never-ending perseverance in promoting natural stone."

The Making of the Stone World Fabricator of the Year Award 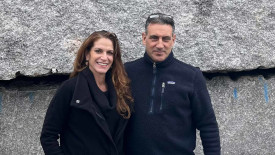 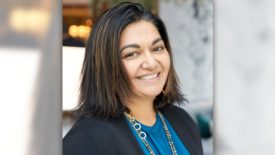 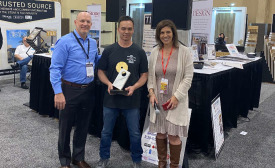 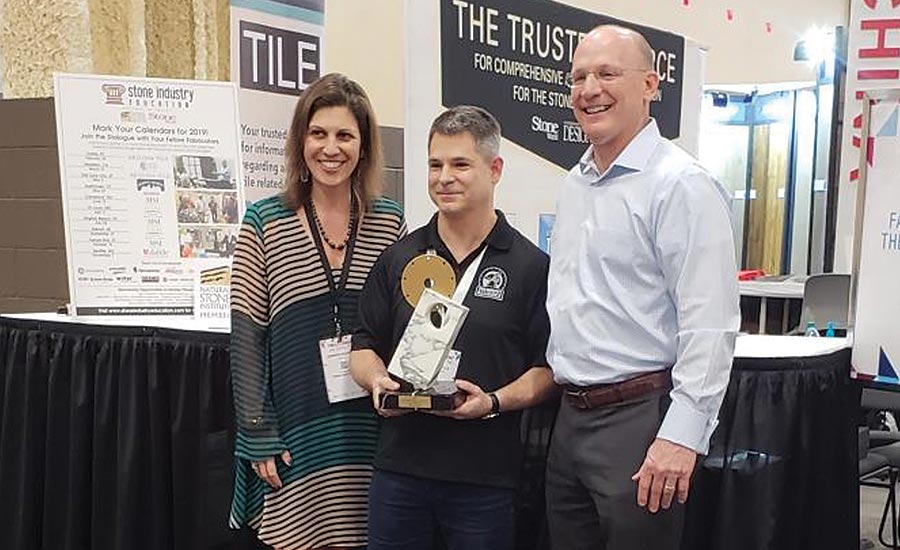 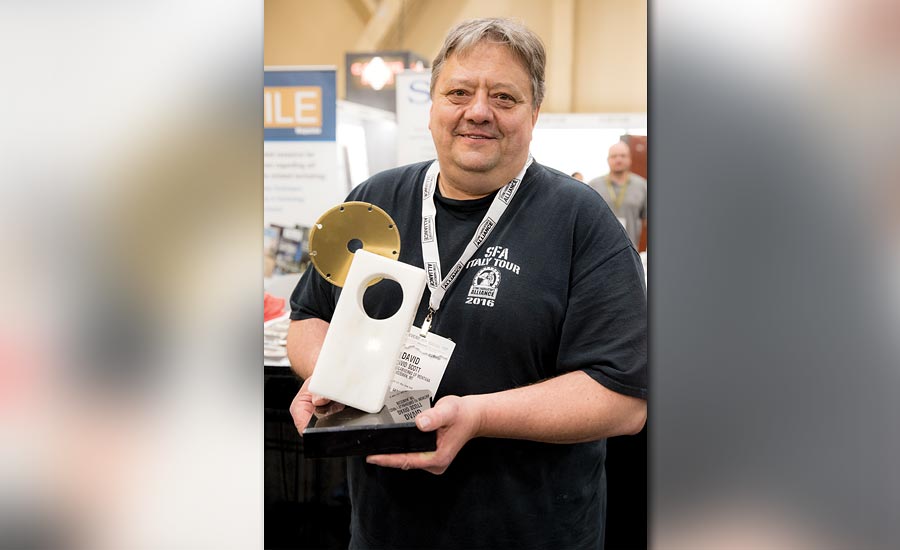 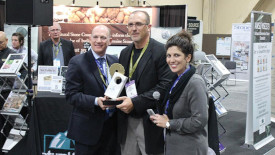 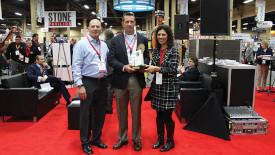 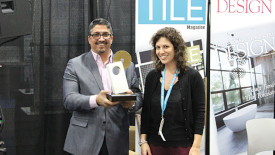 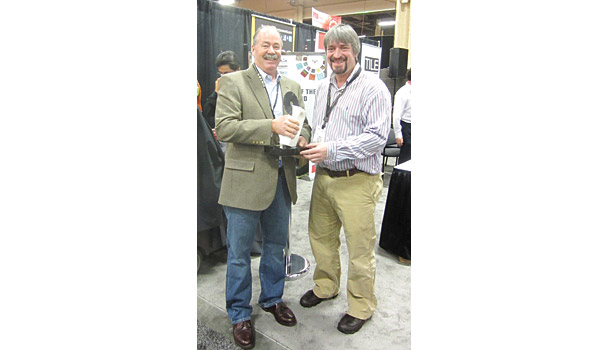 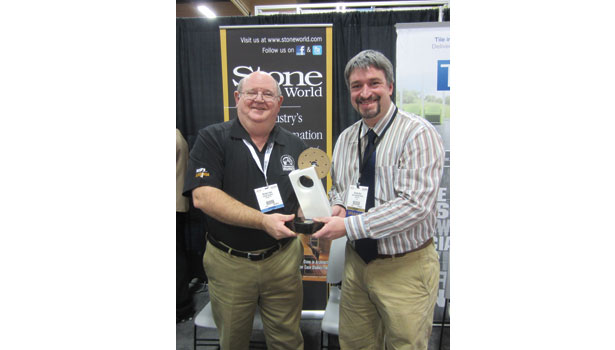 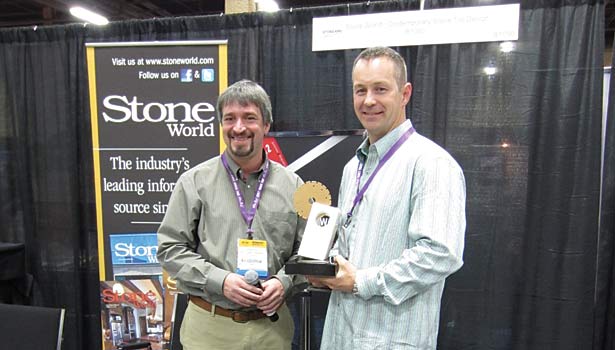