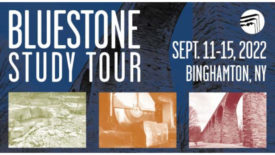 The Planning Behind the Natural Stone Institute Bluestone Study Tour

Stone World recently sat down with Jane Bennett, executive vice president of the Natural Stone Institute, to recap the association’s recent Study Tour in the Bluestone region of Upstate New York and Pennsylvania. 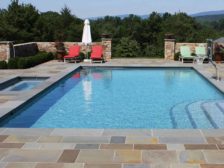 Located in Pennsylvania, Robinson Flagstone talks about the benefits and trend of its natural stone products.
One Comment

Thomas Ruane of Robinson Flagstone took the time to talk to Stone World magazine about trends in flagstone and about the increase demand for the product. 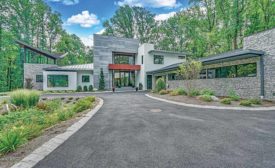 Inspired by the surrounding habitat, the design team at JR Frank Design LLC opted for a palette of stacked stone, porcelain and wood to reflect the colors and texture of the outdoors for the design of a New Jersey home
Jennifer Richinelli
No Comments

Natural stone was an essential component of a residential design in Bernardsville, NJ, to capture the organic feel of the home’s woodsy surroundings. The design team from Wayne, NJ-based JR Frank Design LLC strongly desired to connect the expansive residence with nature.

Prospect Park in Brooklyn, NY, which was originally constructed in the 1860s, had become a blighted area in the middle of the 20th century, and at the time, was turned into the Kate Wollman Memorial skating complex. 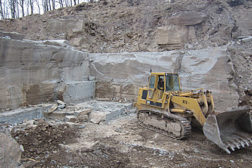 Michael Reis
One Comment
One of the latest acquisitions for Endless Mountain Stone is an historic Bluestone quarry site that dates back to 1848, when the famed Starrucca Viaduct was built near Lanesboro, PA.
Read More With modern stoneworking equipment and historic quarry sites, Endless Mountain Stone of Susquehanna, PA, covers the full spectrum of Bluestone production
Michael Reis
No Comments
Founded in 1976, Endless Mountain Stone of Susquehanna, PA, was one of the pioneers of bringing automation to Bluestone, and it also firmly connected to the industry’s past with the acquisition of a quarry site that dates to the 1840s.
Read More A facelift for the historic National Academy of Sciences

The National Academy of Sciences received a sophisticated makeover while maintaining its original design and materials palette
Sara Garafalo
No Comments
The National Academy of Sciences in Washington, DC, enlisted the help of Quinn Evans Architects to provide new stone flooring that complemented and enhanced the existing stonework found in this 1927 historic building.
Read More 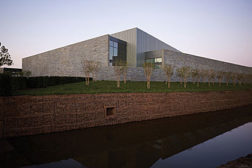 For the first Whole Foods store in the Oklahoma City, OK, region, Mark Cavagnero Associates of San Francisco, CA, employed New York Bluestone to add visual appeal to the design
Kelly Martin
No Comments
Situated along a creek, a new, upscale location for Whole Foods in Oklahoma City, OK, serves as the anchor at The Triangle at Classen Curve
Read More 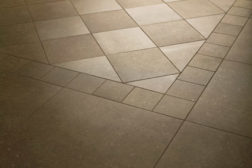 No Comments
Tune in to "Designing Spaces," airing on the Lifetime network tonight, to see the national home improvement show give the McKamey Animal Shelter in Chattanooga, TN, a makeover.
Read More 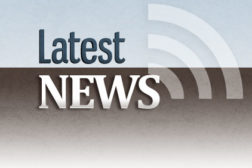 No Comments
Crossville’s "Bluestone" and "Mixology" tile collections have been named winners of 2012 Green Good Design Awards bestowed by The European Centre for Architecture Art Design and Urban Studies and The Chicago Athenaeum: Museum of Architecture and Design.
Read More
More Articles Tagged with 'bluestone'
Subscribe For Free!
More Videos