An Educational Success from stone quarries

Jennifer Richinelli
KEYWORDS natural stone / stone industry / stone industry education
Order Reprints
No Comments
In June, I had the opportunity to join a group of architects on a journey to the two largest stone quarrying and processing hubs in Portugal — the marble region in Alentejo (Vila Vicosa) and the limestone region in the Serras de Aires and Candeeiros Natural Park, which is located in central Portugal. The trip was the first “Designing with Natural Stone” Portugal course, which was organized by Veronafiere in collaboration with Assimagra, the Portuguese Mineral Resources Association.

To be honest, at first I wasn’t sure of the connection between the two organizations. I wondered why would Veronafiere want to promote stone in Portugal rather than Italian stone? I soon learned that this course was the first time that Veronafiere actually sold its Marmomacc Stone Academy course, which is a branded event. 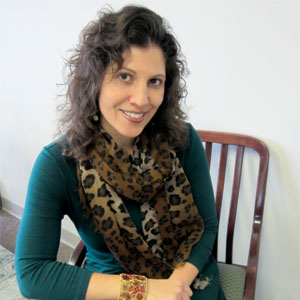 The Marmomacc Stone Academy celebrated its 15th edition of its continuing education program on stone design last September. The program is held annually in Verona, Italy, in conjunction with Marmomacc, the largest international stone exhibition. Veronafiere offers this course to help architects learn advanced techniques in the use of marble, granite and other stone materials. The program is a unique combination of classroom lectures, guided architectural tours and field trips to local quarries, as well as to natural stone processing.

Each year, I have the opportunity to join the group for a day on their tour of an Italian stone quarry and processing plant. It is always great to watch their reactions to the sights they are seeing. For some of them, it is the first time they have been to a quarry. You can read about last year’s trip to Essegi Marmi beginning on page 74 of this issue.

Experiencing success with its Marmomacc Stone Academy, Veronafiere decided to launch the first natural stone design continuing education course for architects in Brazil —officially recognized by the American Institute of Architects (AIA) — in collaboration with Vitoria Stone Fair/Marmomacc Latin America. With another success under its belt, it then went on to sell the educational program to Assimagra.

Many of the architects who participated in the “Designing with Natural Stone” Portugal course were alumni of either the Marmomacc Stone Academy held in Verona or Brazil, or both. This was a group of energetic architects that were eager to explore the quarries of Portugal. One of our visits was to an open pit quarry operated by a consortium of three companies. An open pit quarry was a first for me. There are no roads, so the only way down was either by an elevator or climbing down on ladders, which many of the architects opted to do. A picture of this quarry is actually on our cover. You can learn more about it starting on page 80.

The fact that Veronafiere has built such a valuable educational program that is branded and now being offered in other countries is an accomplishment and a good thing for the natural stone industry. The more the architect and design community learns about natural stone and all of the possibilities it offers in design, the more they will specify it. In this issue of Stone World, we have a Report from Europe, beginning on page 66, which includes a series of articles about the quarries and stone processing operations that I visited as part of the Marmomacc Stone Academy, which starts on page 80.

Learning the components for success in the stone industry