CINCINNATI, OH --The Rookwood Pottery Co., maker of one-of-a-kind handcrafted architectural tile and art pottery, has added artist Roy Robinson, a Rookwood collaborator and designer with more than 30 years of international experience, to the newly created position of Director of Creative Development. 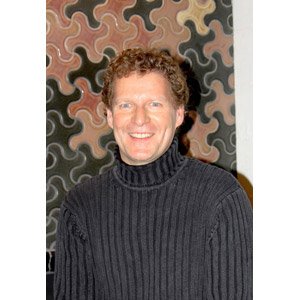 Robinson will be responsible for designing and developing special commissions and gifts, retail products and one-of-a-kind pieces that will help define Rookwood Pottery as it expands. Previously, he participated in design projects for the Metropolitan Museum of Art, New York; the (Charles and Ray) Eames Office in Pacific Palisades, California; and Longwood Gardens in Kennett Square, PA. He also served as Designer-in-Residence at the Sainsbury Centre for Visual Arts in Norwich, England, and as director of exhibits and design at the Chicago Academy of Sciences.


Robinson's affiliation with Rookwood Pottery began in 2007, with the architectural planning and design of its studios in Over-the-Rhine. Since then, he developed a variety of art pottery for Rookwood, including the redesigned tennis trophy for the Western & Southern Open in 2012, named the Rookwood Cup.
"The history of Rookwood is legendary and still inspires all of us who are a part of it," Robinson said. "I want to challenge people's expectations of what the company might be in the 21st century, while honoring its origins."