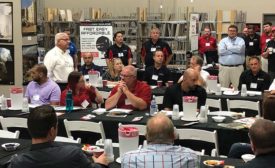 Learning the components for success in the stone industry

GK Naquin of Stone Interiors led an engaging morning presentation at the Tampa Stone Summit on October 10, 2019. The day-long event was one of 10 Stone Industry Education sessions organized by Stone World and the Natural Stone Institute across the U.S. This particular one was sponsored by MSI and drew 64 registered attendees. 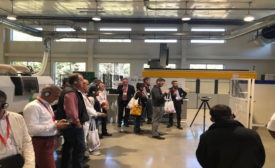 An inside look at Intermac

Intermac held a successful open house this fall – bringing fabricators from across the U.S. together to learn from leading industry professionals and view the latest technology
Jennifer Richinelli
No Comments

Intermac held a successful open house this fall – bringing fabricators from across the U.S. together to learn from leading industry professionals and view the latest technology 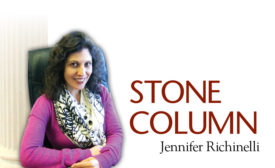 It seems in a blink of an eye we have gone from trips to the beach and lake during the sunny days of summer to waking up to chilly mornings and seeing the beautiful autumn foliage – and suddenly it is almost time to carve the turkey and buy holiday presents. Where does the time go? 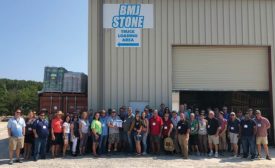 For its 2019 Study Tour, the Natural Stone Institute headed to Knoxville, TN, to visit several local stone companies and equipment manufacturers, as well as time to mingle and enjoy the southern culture
Jennifer Richinelli
No Comments

Home to the University of Tennessee and host to the 1982 World’s Fair, Knoxville, TN, was the destination for the 2019 Natural Stone Institute Study Tour, which drew a total of 66 participants. The four-day event provided an arena for attendees to mingle and network through many sessions and activities. 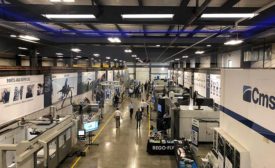 After much preparation, CMS recently opened its new showroom in Caledonia, MI, and held a grand opening to introduce the new display area to its customers at the end of the summer. 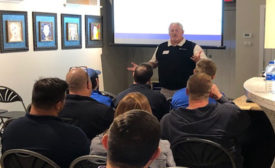 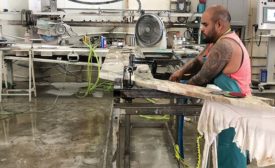 At the heart of Quality Stone Concepts’ business is an appreciation for a team environment and sense of community. Owned by M. Ryan Culicerto, Terry J. McClaskey and Tony Pirrone, the Virginia Beach, VA-based fabrication company has widely transitioned since it was founded in 2007. 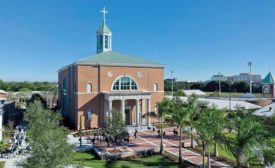 Rebuilding a house of worship with natural stone

The Chapel of the Holy Cross on the campus of Jesuit High School in Tampa, FL, is now housed in a beautiful new building that is adorned with a host of natural stone varieties, including Indiana limestone, Pennsylvania Bluestone and Italian marble.

I feel I would be remiss if I didn’t bring up the issue of shop safety after recently hearing about another tragic accident where falling slabs took the lives of two shop workers. It was just another day for these workers until the unimaginable happened. 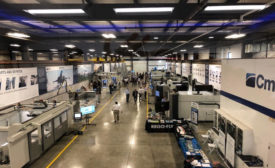 As a way of offering further service to its customers, CMS has added a fully functional display area to its facility for machine demonstrations and hands-on training
Jennifer Richinelli
No Comments

As a way of offering further service to its customers, CMS has added a fully functional display area to its facility for machine demonstrations and hands-on training