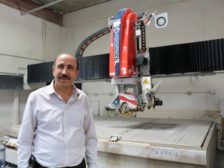 Inside the Shop: Investing in a Solution

Bottlenecks during the production process were solved for California-based State Stone Work Inc. with the purchase of a SaberJet XP from Park Industries
Jason Kamery
No Comments

Emad Dawood of State Stone Work Inc. of El Cajon, CA, was struggling with three areas of fabrication with his two older bridge saws. Miter cutting relied too much on stick template layouts. 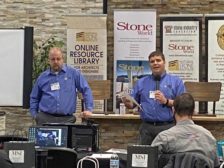 Inside the Shop: Colorado Stone Summit

Fabricators from the Denver, CO, area gathered at MSI’s facility for education, sharing experiences and networking
Jennifer Richinelli
No Comments

Stone World, in partnership with the Natural Stone Institute, has resumed its in-person Stone Summits for 2021. The first one launched in Ohio in July followed by Pennsylvania in August. 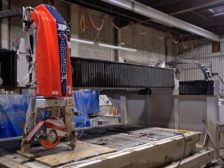 Inside the Shop: From Outsourcing to Cutting 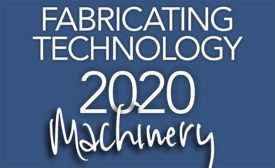 Manufacturers of fabrication machinery continue to research and develop new equipment to satisfy the needs of fabricators. As technology continues to advance it leads to innovative stoneworking machinery that results in better efficiency and less labor in the shop. 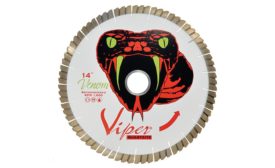 The newest addition to the Braxton-Bragg Viper® brand is the Venom™ premium line of blades, created with new technology specifically to cut quartzite. This addition makes the Viper line a complete offering for fabricating all hard surfaces. 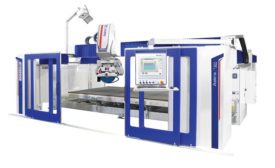 Braxton-Bragg is the preferred national supplier for Emmedue Marble & Granite Machinery, and is one of only two suppliers in the U.S. 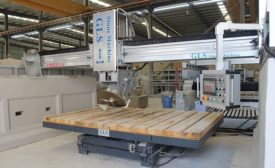 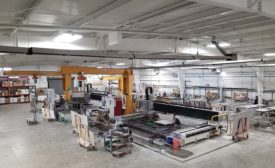 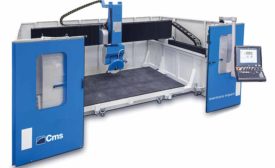 Machine of the Month: The Brembana Impact 24

No Comments
The Brembana Impact 24 is a monoblock bridge saw. It performs all types of stone processing: straight or curved cuts, vertical or mitered edges.
Read More 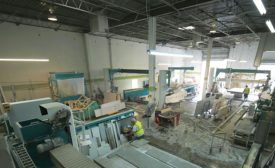