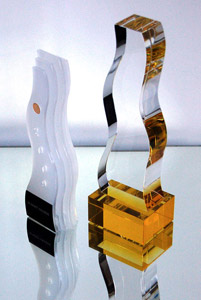 The Summit Creative Awards are part of the Summit International Awards, an organization that recognizes global creative talent in advertising agencies that spark innovation with award-winning creative concepts and achievements. This year's competition included 5,000 entries from over 25 countries in 19 major categories.

"Winning a Summit Creative Award is a significant accomplishment and the creative work this year was outstanding," said Jocelyn Luciano, Executive Director for the Summit International Awards (SIA). "Watching the judges debate the details of individual's entries in the run-off for the top spots was inspiring."

Blanco's agency of record is Frank Advertising who has won previous awards for its creative and strategic work on behalf of Blanco, including a Silver Event Technology Award, a Silver Davey Award and a Silver W3 Award.