Inside the Shop: Expanding with Technology

Tony and Rahsan Kilic of Classic Granite and Marble grew their Richmond, VA-based business through hard work, dedication and investing in state-of-the-art equipment

Starting at a fabrication shop in Maryland, Tony Kilic’s passion for the stone industry grew as he worked his way through every facet of the business -- from hand polishing to providing in-home estimates. After seeing the potential for success and growth in the industry, specifically in the Richmond, VA, area, I decided to open CGM, Classic Granite and Marble, with my wife Rahsan Kilic and a trusted partner in 2006,” said Kilic. “Our doors officially opened in 2007.”

In 2010, with a new vision for strategy and development, Tony and Rahsan became sole owners of CGM. Just two years later, after creating a successful business model, Kilic moved the company’s operations to a larger 35,000-square-foot facility to accommodate the growth.

“In 2013, we led our quickly expanding company to a new digital era,” said Kilic. “Implementation of digital templating began, which led to an increase in production speed and accuracy in the templating process. A year later, we installed a BACA Robo Sawjet in our fabrication warehouse, making us the first stone fabrication installation company to own one in the U.S. We were tentative at first regarding the robot’s capabilities due to its lack of demonstrated success in the market, but our investment in the BACA Robo Sawjet paid off, as it increased production speed by 50% while maintaining beautiful results. This was a game changer; our new technological process gave us an immediate competitive advantage.” 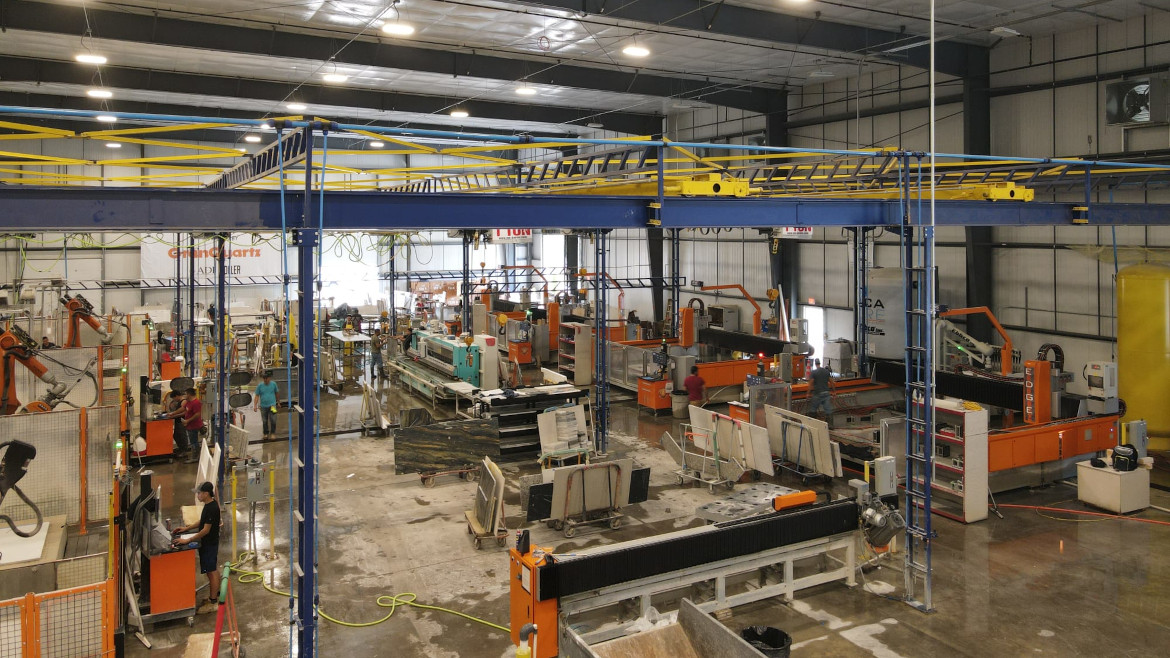 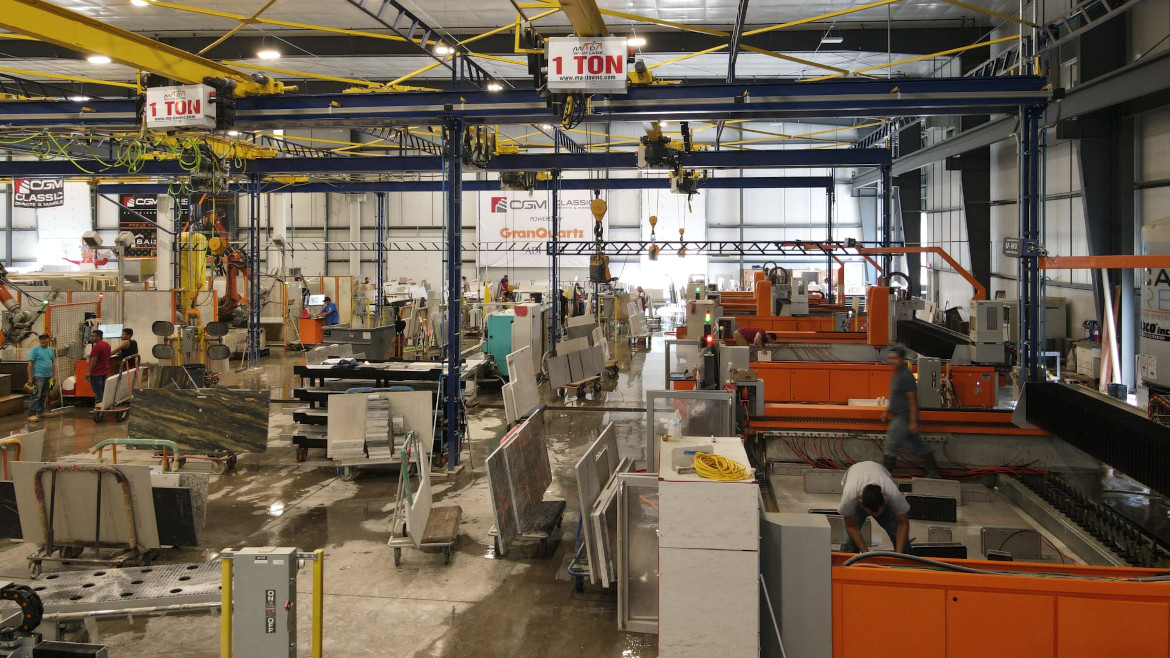 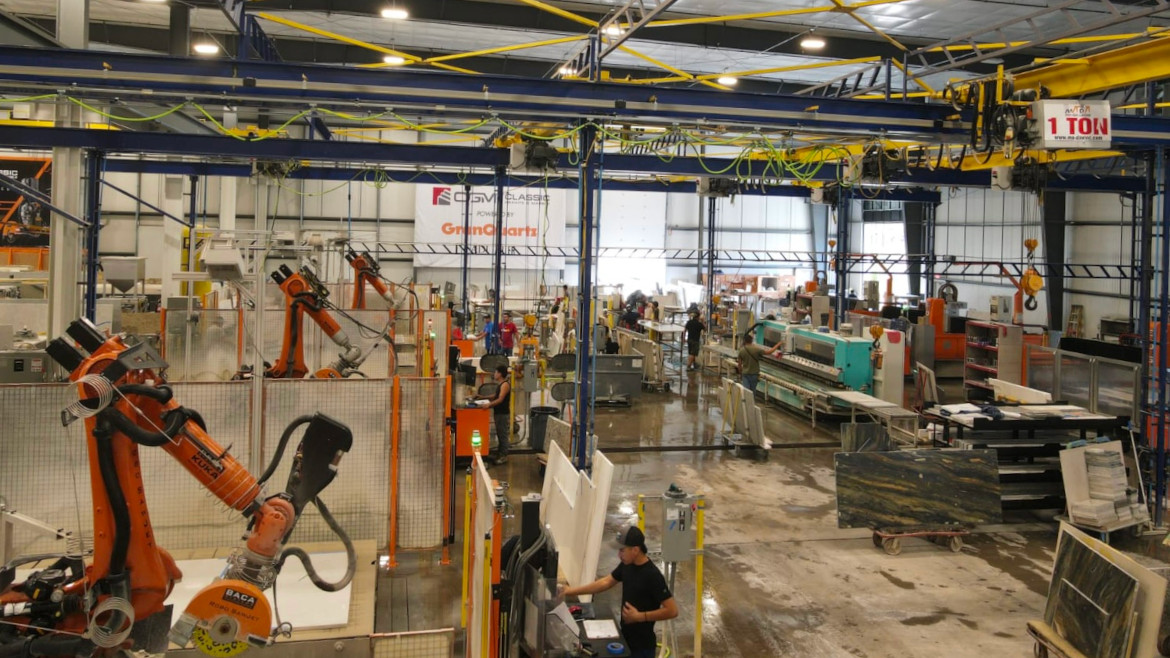 Now, almost a decade later, CGM has relocated to its new 98,000-square-foot headquarters with a state-of-the-art showroom featuring the latest trends in stone applications -- from an Aegean White marble spiral staircase to a wine cellar featuring a backlit 2cm Cristallo quartzite wine rack. Their headquarters also houses a corporate office, a slab gallery with more than 8,000 slabs, specialty rooms for hosting a broad range of events and a fleet of fabrication machines. 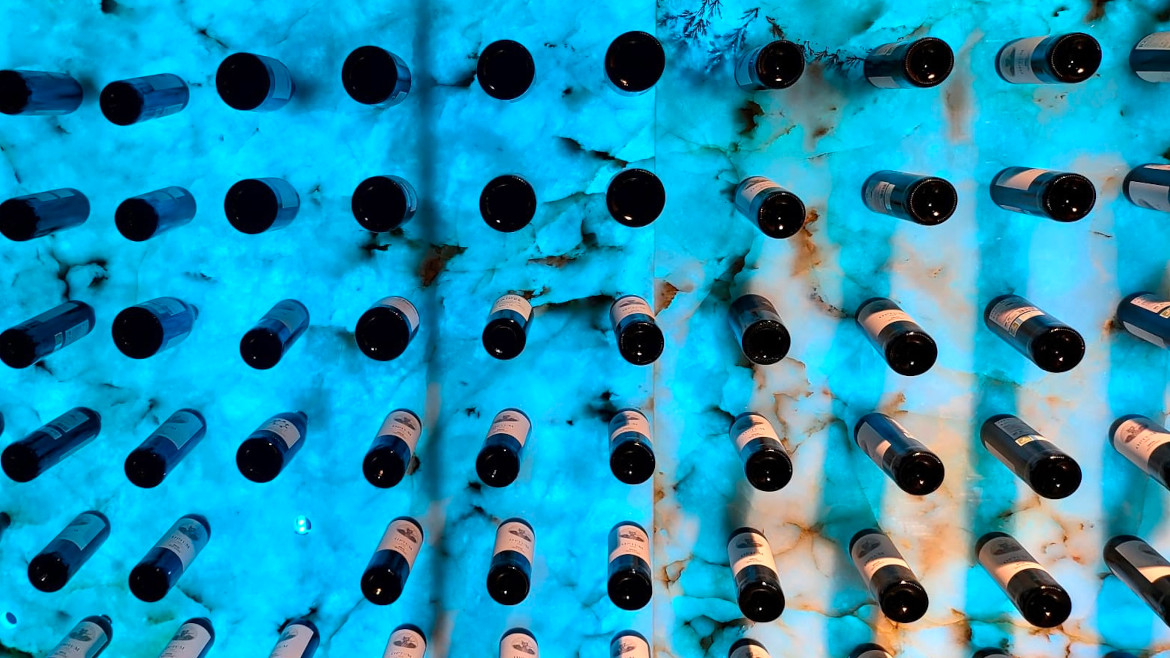 Updating and Expanding the Facility

The construction process for CGM started in June 2020 and was officially completed in March of 2022.

“Due to delays in the building process, we were challenged with moving our operations during one of the busiest times of the year for us,” said Kilic. “As we worked to move our team and the vast number of products from the previous location to the new one, we wanted to ensure uninterrupted production for our clients. In order to do this, we purchased a new BACA robot, two BACA XL CNCs, a miter machine and a 350-gallon per minute BACA Pure Water Filtration system and installed them in the new facility so production could run simultaneously at both locations. This was done for about two months.”

At the end of April 2022, CGM started moving all its equipment from the old facility to the new one.

“BACA assisted with the re-assembly of the machines, and at the end of May, we successfully moved over the entire fleet of machines,” said Kilic. “Although the move was challenging to say the least, our CGM team remained in high spirits, aiding in material handling to internal logistics as we transitioned into our new home. We are very lucky to have such a supportive group that helped facilitate the success of the move.”

The company currently has 108 employees running split shifts Monday through Friday. It produces natural stone and quartz products, and the daily capacity is approximately 2,000 square feet. CGM currently has 12 installation crews that are all subcontracted. The company’s principal markets include retail, box stores, kitchen and bath dealers, designers and commercial -- producing around 40 residential kitchens a week, averaging 45 square feet in size. 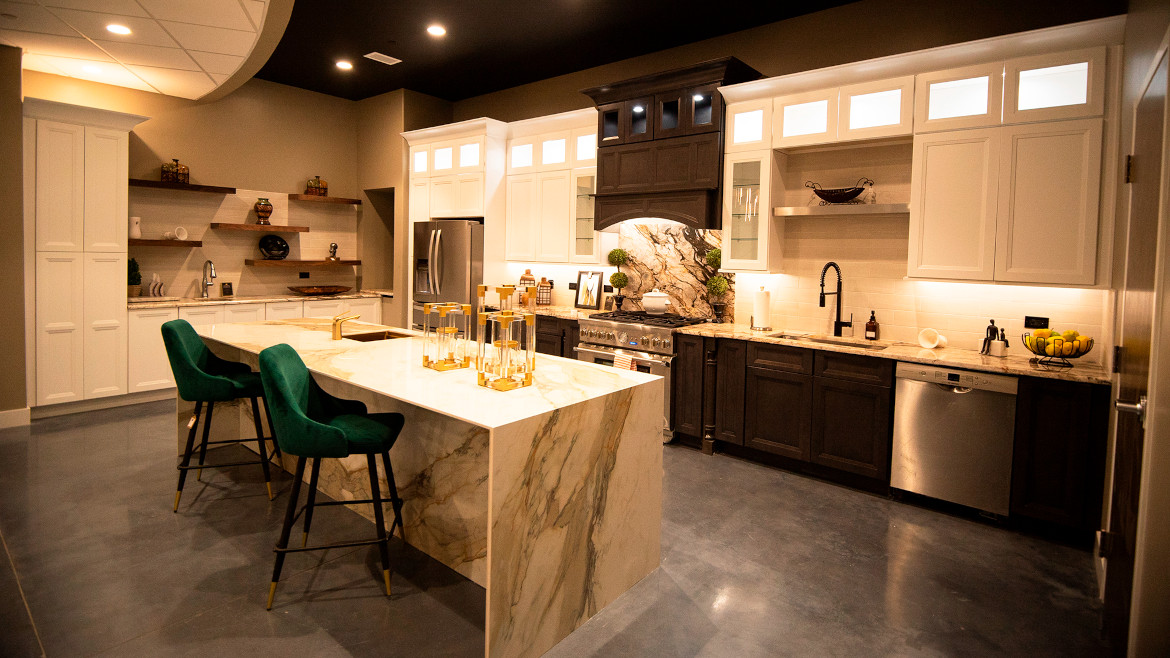 Looking forward, Kilic’s goal is to become the premier natural stone and quartz fabrication and installation business in Virginia. Long-term, Kilic strives to be among the top 10 in the U.S.

One of the company’s core values is to give back to the community that has helped them grow. 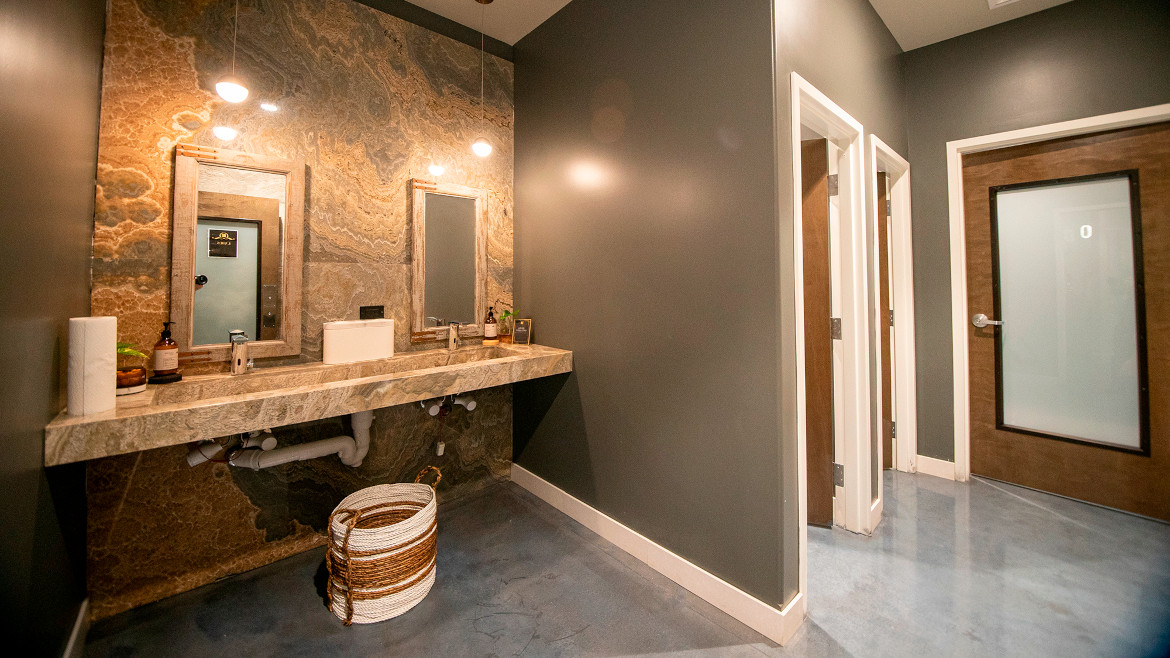 The company also prides itself on sustainable practices. “We focus on minimizing yield waste by using robotics to reduce up to 5%,” said Kilic. “A crucial component in the fabrication process, our BACA Pure Water Filtration System allows us to recycle over 38 million gallons of water a year.”

Jason Kamery joined Stone World magazine as its managing editor in June 2014. Previously, he was the assistant editor for Pet Age magazine and a sports reporter for The Express-Times and The Exponent newspapers. Jason graduated from Purdue University with a B.A. in Mass Communication.
You must login or register in order to post a comment.