Women in the Stone Industry 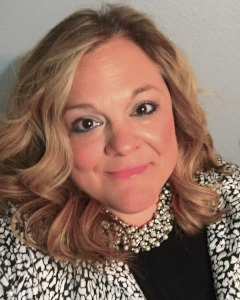 Gina Gardner (Covell) is an industry veteran who has promoted leading companies and associations in the stone industry through the decades. Read about how she grew her roots in the industry, and how she is an example that out-of-the-box thinking and tenacity is a key component to achieving success.

SW: Tell us a little about your path into the stone industry.

GG: Well, like many others I know, I had no intention of going into the stone business! I was working at an advertising agency and Cosentino was one of our clients. They asked me to leave the agency and work with them as their public relations director. So, I did. That was when Silestone was just hitting the scene as a huge quartz manufacturer. We had some fun crazy days with Super Bowl commercials with Dennis Rodman, Refrigerator Perry and Mike Ditka. I signed Candice Olson as our spokesperson, and we began to be the leader in quartz. After nearly five years there, I was offered the newly created position of public relations director for the Artisan Group, under my own company Going Public. It was supposed to be a one-year contract to help them get known in the industry, and it ended up being a nine-year gig that included consumer PR, B2B, media placements on DIY Network, HGTV and a Southern Living project that culminated in a show home event in Nashville with Big & Rich, Keb Mo and tons of designers. Artisan Group is a talented group of people, and it was amazing to work with them. Things were winding down there, and I met BB Industries as they were exhibiting at an Artisan Group event in Austin and the CEO flew me to Knoxville a few weeks later and Going Public started managing their PR as a consultant. I worked with them for four and a half years as a consultant, and they put me on staff this month!


SW: What do you enjoy most about working for clients in this industry?

GG: There are so many people that will share their knowledge and help others. It is a fun crowd, and most people are very passionate about the stone business.


SW: Do you have a most memorable experience or two that you would like to share with us?

GG: WOW! Too many! I think the coolest experience I had was my first TV media placement under my own company, Going Public. I pitched a story to a TV producer that I had worked with before and he placed QuartzSource countertops into a DIY Network project called “The Shatner Project” with William and Elizabeth Shatner! Evan Kruger, owner of QuartzSource and Solid Tops in Maryland, was gracious enough to travel from Maryland and fabricate the Shatner countertops in a California shop to install them in Beverly Hills! So, Evan and I got to spend the day in the Shatner house, along with about 20 other contractors who were remodeling and stopping for interviews for two days. It was very cool, and the countertops looked great in this TV series!

Another memorable experience was creating an annual fundraiser for the Artisan Group that would be something meaningful. I did research and partnered with Homes for Our Troops to raise money for disabled veterans. We created an event called “Counters for A Cause” and many of the Artisan Group members across the country held annual events where they gave a portion of the sales to Homes for Our Troops. It was a wonderful experience, and we got to meet some of the amazing heroes that we helped with housing. I was honored to be a part of something giving back to those who sacrificed for our freedom.


SW: What advice do you have for young women who are beginning a career in public relations?

GG: Well, as far as stone industry PR, be tough because it is primarily a man’s world. Things are changing, but you must be strong and tenacious. Get involved with associations like Women In Stone, Artisan Group, Rock Heads, ISFA and NSI so that you know what is going on and have education resources. There are great people out there. As far as PR in general, do not be afraid to envision out-of-the-box and off-the-wall ideas because those are sometimes the best. It is about writing, grabbing attention and getting the right message to the right audience at the right time. Also, communicate with everyone involved (sales, department heads, etc.) so that you avoid working in a bubble. Use that feedback to create messages that work.


SW: What are several noticeable changes you have seen in the stone industry since you first started?

GG: Wow. Lots! So many shops are now automated. People are more heavily involved in associations/buying groups such as Artisan Group and Rock Heads. Education has taken center stage. Women In Stone has made a dramatic difference for women in the industry.


SW: When you are not working, how do you like to spend your time?

GG: I spend lots of my free time with my family. I also love to go hear live music and spend time at the river or at the beach.

GG: I have learned so much from people in this industry. I would like to thank former CEO of Cosentino North America Roberto Contreras, former Artisan Group Executive Director Chad Seiders, Solid Tops owner Evan Kruger and CEO/President of BB Industries Rick Stimac for the opportunities they have given me. I enjoy what I do very much, and put my heart into it -- always trying to think of new and fresh ideas and ways to promote.

Women Spotlight: Read more about the leading women in the stone industry.