Observations from the field

Jennifer Richinelli
KEYWORDS stone exhibit / stone fabrication / stone industry
Order Reprints
One Comment
I just returned from Coverings, and while the show certainly kept me busy, I heard mixed reactions when speaking to those who exhibited. While some told me that business was good and they were happy with the number of visitors that came to their booths, others expressed disappointment in the lack of traffic that was on the show floor. And I would have to agree that at times, it seemed quiet in areas, but then again, you have to think about the size of the exhibition hall. I think it took time for people to make their way back to certain areas. 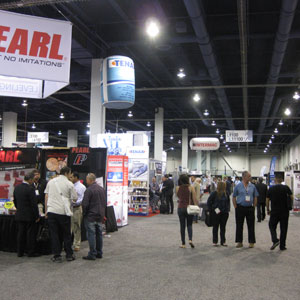 In any event, I feel there was still an overall positive vibe from the industry. Most companies I have spoken with have reported that business is up. The ones that weren't happy with the number of visitors to their booth did say that the ones that did come were quality customers. They came with the intention to buy. One of the last stops I made was to a quartz manufacturer who was thrilled with the results of the show. He told me that he had gained a substantial amount of credible leads during the four-day event. In general, I noticed that the popularity of quartz continues to rise. We will actually be featuring a focus on quartz surfacing in the June print edition of Stone World. It seems that designers and consumers, alike, are using it more in both residential and commercial designs.

Another thing I took away from my conversations at Coverings is that customer service has become a top priority among many industry professionals -- both on the machinery and fabrication side. It seems that many Italian machine manufacturers are now placing an emphasis on having more technical support in the U.S. They understand that when machines are down, it is costing fabricators money. Many are looking to improve upon their response time and help fabricators solve their problems quickly. In turn, many fabricators are also focusing on customer service. The subject came up during the Fabricator Forum that was held during the show, as it often does at forums such as this. Many realize that word of mouth is one of the best ways to attract new business, so it is important to keep customers happy so they refer you to their friends and family as well as giving you repeat business.

One of the best parts about attending trade shows such as Coverings is the opportunity it provides for me to talk with many in the industry. I came back from Las Vegas with quite a few leads for new fabrication case studies as well as potential project articles and even some ideas for more technical reports. Your ideas are important to us here at Stone World. We welcome your thoughts and feedback.

From the Editor: What’s New?

From the trade show to the design board: New product introductions

dimpomar - Natural Stone from Portugal and Around the World