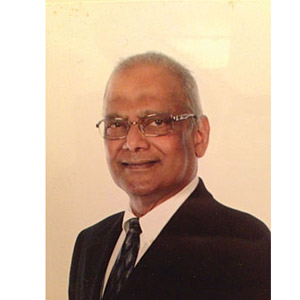 An electronics engineer by training, he found his true calling and love in the stone industry and founded Cosmic Stone and Tile Distributors Inc. in 1990, growing it into one of the largest stone and tile distributorships in the New York/New Jersey area.
During his 30-plus years in the business, Van became one of the most recognizable faces at industry events. Ever friendly and with the easiest of smiles, he made friends everywhere he went and earned the respect and love of all whose lives he touched.

Van — as his friends liked to call him fondly — was a passionate bridge player and won multiple awards. In addition, he was an avid reader and had a passion for music, which he passed on to his daughter. He supported many organizations and cultural activities in New Jersey.

Van is survived by his wife Manju and daughter Mahathi.