Prominent architect Michael Graves passed away on March 12, 2015 at the age of 80

Michael Graves, a prominent architect famous for his works such as the Portland Building and the Denver Public Library, passed away March 12, 2015, in his home in Princeton, N.J., at the age of 80. Born in Indianapolis, IN, Graves designed everything from teapots to Disney Headquarters to hotels all around the world to many more in between.

Graves taught at the Princeton University School of Architecture for nearly four decades, starting in 1962. Michael Graves and his architecture firm that was started in 1964, Michael Graves Architecture & Design, have received over 200 awards. Graves himself has received the AIA Gold Medal in 2001 and the National Medal of the Arts, awarded to him by President Bill Clinton, in 1999. 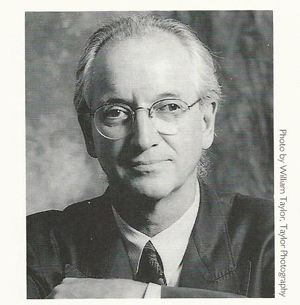 Graves received the 2010 AIA/ACSA Topaz Medallion for Excellence in Architectural Education. In 2012, Graves won the Richard H. Driehaus Prize and the next year was named by President Barack Obama to the United States Access Board for his groundbreaking work in healthcare design. Other awards included the inaugural Russel Wright Award for product design, the Tau Sigma Delta Gold Medal for recognition of his distinguished teaching career and the William Howard Taft lifetime achievement medal from the University of Cincinnati, his alma mater. On top of those awards, Graves was also the first architect inducted into the New Jersey Hall of Fame.

When Contemporary Stone and Tile Design first launched in 1995, the magazine had the pleasure of interviewing Graves, in its second edition, about how he selects stone for a design, how he approaches different stone products and about the different finishes on stone.

In 2008, Stone World covered Graves’ work on a historic museum addition that featured Danby marble from Vermont Quarries. The 2008 fall edition of Contemporary Stone and Tile Design magazine featured another interview with Graves, talking about his firm and his work with different types of stone.

Graves loved natural stone, attending the Marmomacc exhibition and participated in one of its earliest education courses. He included stone on almost all of his projects.